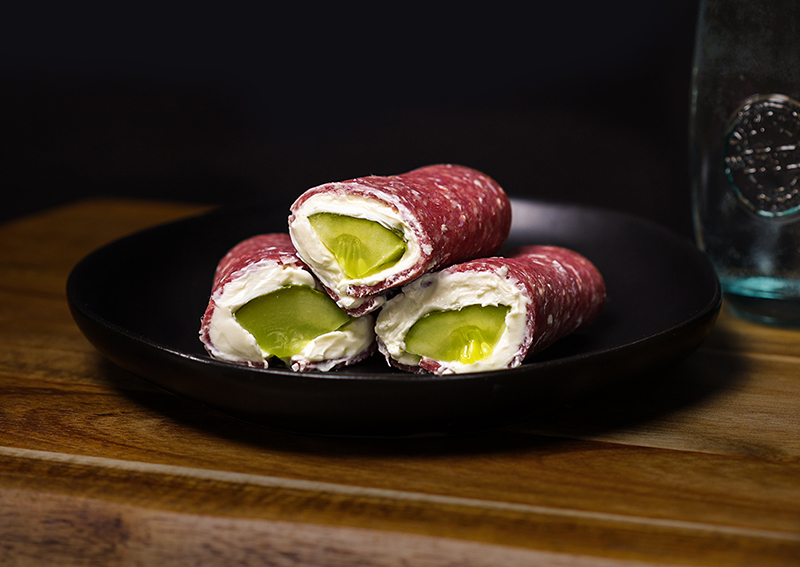 Spread the cream cheese in a thin even layer over an entire slice of bologna to the edges.
Place one pickle across the middle and roll up the slice of bologna.
Place roll seam side down on a tray.
Refrigerate for at least one hour until chilled and firm.
Cut each roll in half on a diagonal and secure with a toothpick.
Serve as is or with sweet or yellow mustard for dipping.