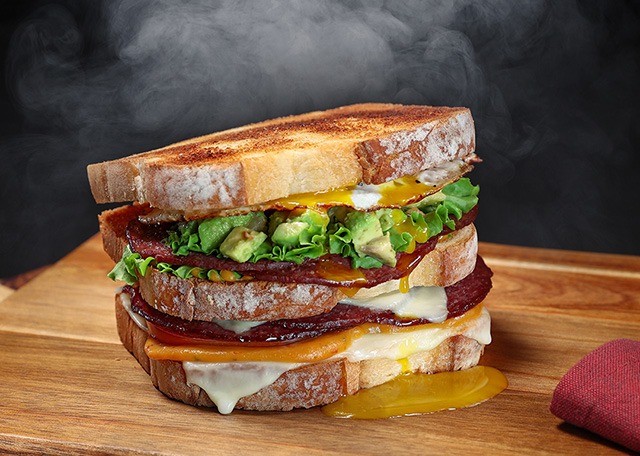 Start by making the guacamole. Place the avocado, red onion, tomato, salt, pepper, crushed garlic and lime juice into a small bowl. Mix together, mashing the avocado and tomato slightly with your fork. Cover with plastic wrap and place in the refrigerator.

Butter the bread on both sides, using all of the butter.

Mix the chipotle and mayonnaise together and get the guacamole out of the refrigerator.